Home » Articles » How to Tack Weld the Right Way

Tack welds are used mainly to temporarily hold steel in the right place for the final welding. If you do a bad job of tacking, the tacks will break during welding and the piece will move on you. The next thing you know the part you just welded is out of square by a 1/2″. Ok, we all know why we tack things but, I have noticed over the years that we all don’t know how to tack weld very good. For instance, when you tack a piece of square tubing to a plate at a perpendicular angle, don’t put the tacks in the middle of the tube. You should put them in the corners of the tube. (See the picture below) 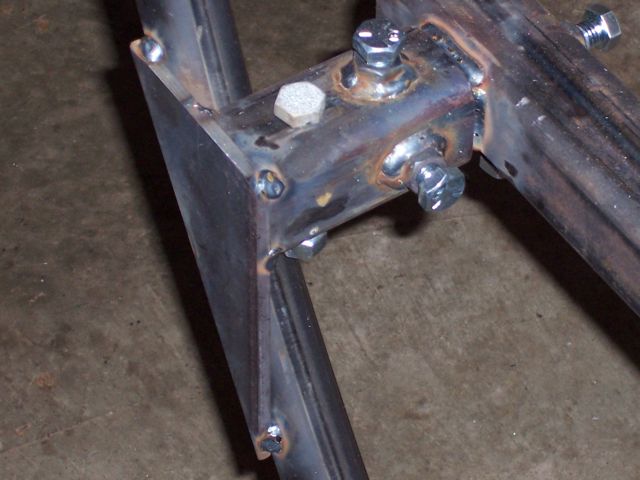 The reason being, when you go to weld it and you weld over a big tack right in the middle, it will show up as a big ugly spot in your weld. In other words, you have a nice looking bead at the beginning and the end, with a big spot of weld in the center. If you tack in the corners, You will have a consistent looking weld on the entire side. The corners tend to be a good starting and stopping point for a non-critical weld anyway. (See the picture below for an example of how the final weld will look with no tacks in the middle) 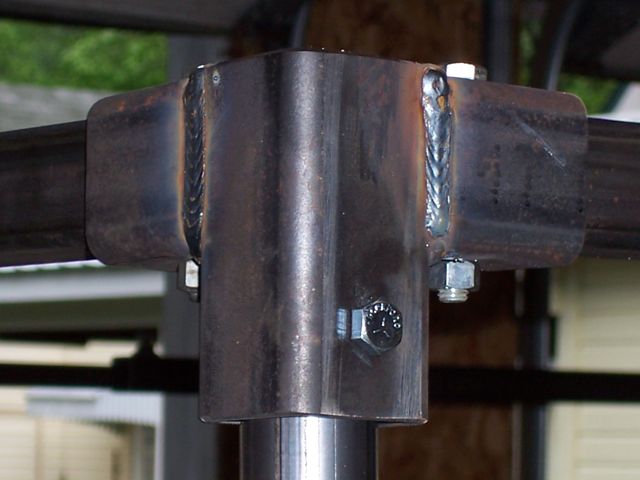 If you must tack in the middle of the tube for some reason, lay in a long skinny tack rather than a short fat blob of weld. It has been my experience that long skinny tacks are a lot stronger than short fat ones, and they are almost undetectable after you weld over them. It is especially important to put down good tacks if you are lifting or moving the piece around. You don’t want it to come apart if it is hanging above your head from a hoist.

Another point about tacking has to do with weld layout. If you are stitch welding a part at say, 2″ every 12″, only tack in the spots where you are going to weld. Not only that but, only tack at the beginning or the end of the spots where you are going to weld. This is for the same reasons as above but, it looks twice as bad when you have tacks all over the place that show when the part is done. What I mean by that is, if everything is welded and you have tacks in the spots where there isn’t any welds, it tends to look like a rookie welded it.  This isn’t a real big deal if you are doing your own thing in the garage. But if you are working in a fabrication shop and the parts are for customers paying good money for the product, it is a big deal. After all, how do you think I learned this valuable lesson? Do you know how hard it is to make a tack look like it never happened after the part is painted? Also, don’t be afraid to get the grinder out to knock down some of the bigger tacks. It is always cheaper to take the time to do it right the first time.